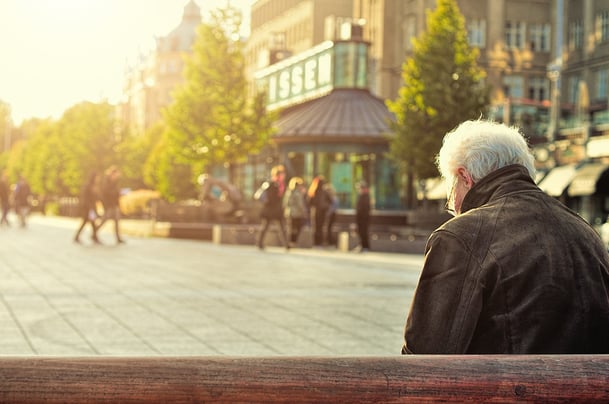 Quick, what’s the first thing that comes to mind when you picture a person who is addicted to drugs? Even if you’ve heard about the opioid crisis, we’re willing to bet that you imagined a twitchy teen or a drunk twenty-something.

If so, that’s understandable. According to statistics from the National Institute on Drug Abuse, individuals ages 18 to 25 comprise the demographic with the highest incidence of prescription drug abuse.

As Maia Szalavitz noted in our interview on Addiction as a Developmental Disorder,

“The majority of people with addiction actually outgrow it without any treatment …. A lot of people stop before they're 30.”

Yet while it’s true that addiction hits hardest in youth, it’s also true that many seniors struggle in this area. So often we forget the sobering reality that adults get addicted too.

Earlier this year the AARP published a special report on America’s Addiction to Pain Pills, an in-depth look at why Americans age 50 and over are becoming addicted to opioids.

Opioids and senior citizens is a very real and growing problem.

In this piece, we’ll summarize the key findings of the report and interweave our perspective as a dual diagnosis residential treatment center for adults with mental health concerns and substance abuse issues.

First, let’s talk about the drugs at the center of the drama.

Opiates are originally derived from the poppy plant, have been around for thousands of years. People use opiates for both recreational and medicinal purposes. Some opiates come from the raw, natural opium. While other opiates are manufactured to have the same chemical structure as the raw opium.

More commonly, opiates have come to be known as those chemical components such as codeine, morphine, and thebaine, as well as their derivatives and other opioids synthetically produced with similar structures and able to elicit similar effects, such as methadone, buprenorphine, or fentanyl.

Technically, the concept of "opiates" encompasses drugs naturally derived from the active narcotic components of the opium poppy, whereas the "opioid" label includes synthetic and semi-synthetic drugs that are modified versions of these opiate building blocks.

"Opioid" is usually used in reference to prescription drugs. The terms "opiates" and "opioids" are often used interchangeably.

Opioids include painkilling medications such as

Most opiates are classified as schedule II, III, IV, or V substances with the exception of heroin which is classified as a schedule I substance having the highest abuse and dependence potential and no acceptable medical purpose or safety.

The least restrictive classification of schedule V substances have legitimate medical value with the lowest potential for dependence and abuse such as some codeine formulations used to treat coughs in children and when the codeine content is minimal.

These drugs can be addictive on the physical level.

The Opioid Crisis in a Nutshell

Opioid deaths have been rising precipitously since 1999. According to the latest data from the CDC (Center for Disease Control), 2015 was a record high year for deaths due to opioids, and more than 33,000 people were killed in that year alone.

In fact, the number of opioid deaths in 2015 exceeds any year on record.

Though that number does include deaths due to illegal drugs such as heroin, prescription painkillers are dangerous too. The CDC notes that nearly half of all opioid overdose deaths involve a prescription opioid.

Just because a medication has been prescribed by a doctor doesn’t necessarily mean that it’s safe. As we wrote in our blog post America’s Escalating Opioid Crisis:

“There has been a dramatic increase in number of opioid prescriptions written over the last two decades. Patients have had greater access to powerful pain management tools ... and an increased chance of developing addictions as well.” 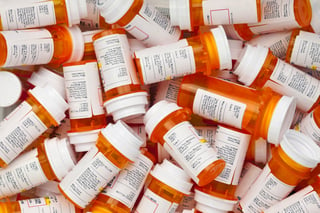 Americans over 50 are using narcotic pain pills in surprisingly high numbers, and many are becoming addicted to opioids.

A well-meant treatment for knee surgery or chronic back troubles is often the path to a deadly outcome.

The AARP article on America’s Addiction to Pain Pills opens with some shocking statistics:

One by one, senior citizens share their stories of how they became physically dependent on opioids.

Many people struggled to stop using their prescribed painkillers after accidents and surgeries.

AARP notes that over-prescribing certainly contributes to the problem, as some in the medical community believe the myth that senior citizens aren’t vulnerable to addiction. This approach has led to tragic consequences.

For example, when a patient’s doctors over prescribe and don’t communicate with each other, it’s all too easy for the patient to slide into a physical dependence on opioids and other drugs.

The report concludes with a call for more addiction treatment centers designed to support the needs of older adults, as well as improved physician education and a lessening of the lingering addiction stigma.

While it’s true that opioids are very addictive on a physical level, it’s also true that opioid abuse is correlated with depression and anxiety. These two related mental health conditions are prevalent across all age groups in America, including senior citizens

According to a 2017 study published in the journal Psychiatric Services, more than 8.3 million American adults have depression and anxiety.

Plus, the Anxiety and Depression Association of America notes that “aging and anxiety are not mutually exclusive; anxiety is as common among the old as among the young.”

Our experience suggests there is a link between anxiety, depression, and opioid addiction. Adults with depression and anxiety reach for opioids in order to alleviate their emotional suffering.

The good news is that when you treat the underlying core issues that cause the emotional suffering, there’s no need to abuse drugs any longer.

Though every person is different, we see several underlying core issues contributing to the opioid crisis for senior citizens. These include, but are not limited to: 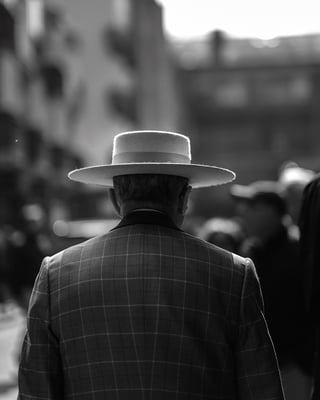 In one instance, we welcomed a 62-year old gentleman who had been abusing alcohol and opiates due to his untreated depression, anxiety, and self-esteem issues.

This man had been employed with same company for 28 years, and stepping back from work triggered a host of painful thoughts and emotions.

He’d been abusing alcohol, then added Percocet to the mix.

The dangerous combination didn’t come to light until he went through a medical detox.

This addiction was driven by feelings of inadequacy; he believed that he should be further along, or at a different place in his life.

Yet he was - and is! - an amazing individual, able to make tremendous contributions to his loving family and to the world.

In another case, we worked with a senior woman who had physical pain management issues due to her chronic back problems. She was also dealing with depression and anxiety, as well as unhealed trauma from past sexual abuse.

She came to us after her pain medication specialist cut her off due to DEA regulations and she began abusing heroin.

While she still copes with chronic physical pain, she has found another pain management specialist to help her manage it safely.

Moreover, she has completed intensive healing work on her depression, anxiety, and trauma, which were the core issues driving her drug abuse in the first place.

Can Senior Citizens Go Through Recovery?

Our culture has a misguided idea that there is some magical time when we all became adults and the pains of our past no longer matter to us. That's simply not true.

Our unaddressed hurts do not disappear just because we turn 21 or 55 or 65!

Rather, they stay with us until we do the work of healing them. It's never too late to address these underlying issues to live a more fulfilling, peaceful, joyous life.

Fortunately, you don’t have to do this work alone. At The Clearing on San Juan Island, we treat the root causes of addictions and help people heal every single day.

Give us a call at 425-275-8600 to begin working toward your recovery. All calls are confidential and we’d be glad to speak with you.