Deaths from opioids - both prescription painkillers and heroin - have gone up 200% (3x) since 2000. Heroin and synthetic opioids - such as fentanyl - have seen big spikes of almost 5x during this period, driving the crisis.

The tragic death of Prince is just the latest high-profile casualty of the escalating opioid crisis. 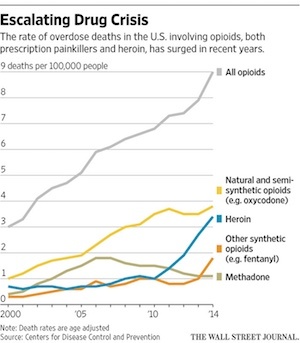 Drug overdose is the leading cause of accidental death in the US, with 47,055 lethal drug overdoses in 2014.

There’s no doubt about it: America is in the midst of an opioid crisis.

Prince and other highly publicized tragedies are representative of the general increase in usage of opioid drugs, as thousands of people die from drug complications and overdoses each year.

How Do Opioids Work?

Opioid drugs function by attaching to opioid receptors on nerve cells and effectively dulling feelings of physical pain. Such drugs are highly addictive and easy to abuse because they can induce powerful feelings of euphoria.

Often people start taking the drugs to as painkillers, then continue after the pain has passed because they crave the sense of emotional well-being that the drugs provide.

But as the body acclimates to using, the individual needs more and more of the drug in order to produce the same high. As such, opioid drugs such as OxyContin and heroin are by far the most common culprits in overdoses. 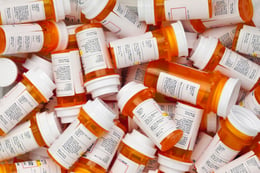 The roots of our country’s opioid problem run deep, but several triggering incidents occurred in the early 1990’s. In her Pacific Standard article, Five Studies: Understanding America’s Opioid Crisis, reporter Livia Gershon outlined the series of events that converged to form a crisis:

As a result of these incidents, there has been a dramatic increase in number of opioid prescriptions written over the last two decades.

Patients have had greater access to powerful pain management tools ... and an increased chance of developing addictions as well.

One common addiction trajectory involves moving from prescription opioids to heroin. Prescriptions for painkillers run out, but cravings continue. Since prescription opioid drugs are difficult to get, people turn to something that's easier to acquire - heroin.

Heroin provides a similar high at a fraction of the price.

Chinese Supply and Lower Costs Contribute to the Opioid Crisis

According to a recent article in the Wall Street Journal, there's been tremendous growth in a vast drug-distribution network beginning in China feeds lethal fentanyl - a type of opioid - to the Americas.

The network often avoids efforts to stop it by trading not only in finished fentanyl but related products subject to little or no regulation in China or internationally. These include some copies of fentanyl known as analogs, as well as the chemical ingredients and pill presses used to produce the drug.

The low-cost ingredients are then combined in the Americas into finished fentanyl. Fentanyl is up to 50x as potent as heroin but easier and cheaper to produce, made from chemicals instead of fields of poppies. 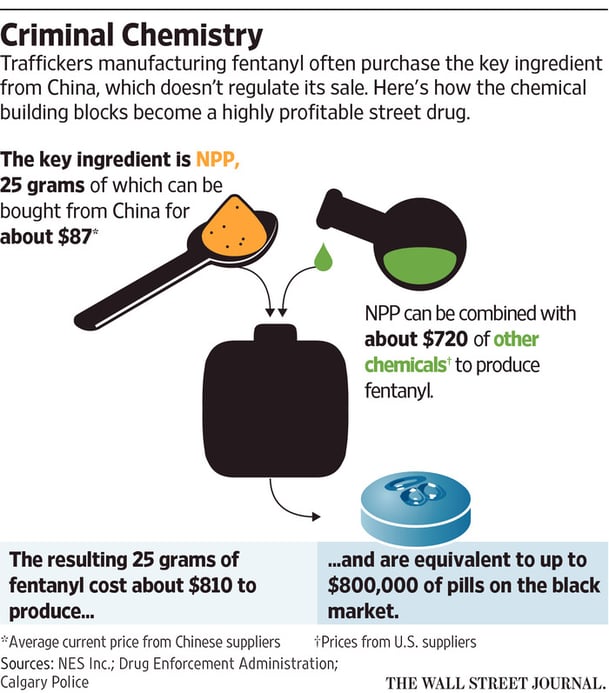 There’s no question that opioids such as Vicodin and OxyContin can help people in pain. When people are recovering from major surgery or injury, painkillers can relieve their intense physical suffering. But when such substances are abused, they can endanger people’s lives. 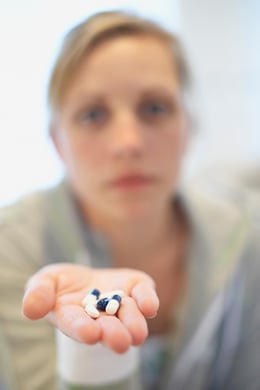 That’s what happens in Jennifer Weiner’s bestselling novel, All Fall Down. Protagonist Allison Weiss took prescription opioids after sports injuries and dental surgery. As the physical pain fades, she starts using the drugs to cope with work and family stressors:

“I wanted a pill …. a dam against the rising anxiety about whether my marriage was foundering and if I was a good parent and when I’d find the time to finish the blog post that was due at six o’clock. I wanted to feel good, centered and calm …. I wanted to slip into my medicated bubble, where I was safe, where I was happy, where nothing could hurt me.”

In short, Allison craves the feeling state that pills give her, and she nearly dies as a result. Many individuals who become addicted to opioids are searching for this same sense of emotional well being … though it often costs them their lives.

What Can We Do About the Escalating Opioid Crisis?

As the country’s opioid crisis worsens, finding practical solutions is a top priority.

Yet it’s also important to work with individuals to address the deeply-rooted mental health issues that drive addictive behaviors. For example, when people learn about the link between trauma and addiction, they’re empowered to heal their emotional wounds and break the addictive cycle.

What if You Suspect You're Addicted to Opioids?

If you have a purely physical addiction to painkillers, you just need to move through a structured medical detox.

Talk to your doctor about your options for a taper protocol to ensure that you move through the detox process safely and effectively. For an overview of the pros and cons of medication-assisted treatment, check out our blog post Opioid Addiction Medication: A Step Forward or a Step Backward?

However, if your drug use is linked with unresolved emotional issues, you likely need more than a physical detox. Using painkillers to self-medicate emotional pain is a well-worn pathway to addiction, so don’t wait to get help.