How are Genetics and Mental Disorders Connected? 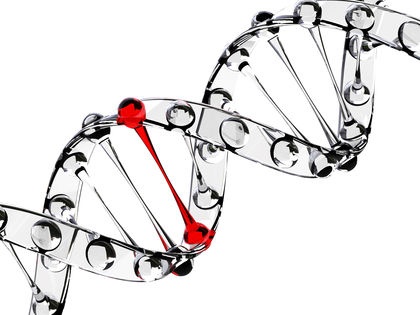 What would you do if one day you started hearing voices in your head?

Would you seek emergency care for schizophrenia, only to be admitted to a psychiatric hospital that offered little more than coloring books in the way of mental health care?

That’s what happened to Andrew LeClerc, a young adult from Boston featured in the recent Harvard Magazine article Probing Psychoses.

Thankfully, LeClerc is able to control his schizophrenia with a combination of medication, therapy, and mindfulness. Four years after his symptoms started, he’s setting goals, planning for the future, and managing his own mind.

But not all such stories have a happy ending.

“The illness takes many forms,” she writes, and “some [people] improve, while others experience a long mental decline.”

The Harvard Magazine piece explores two of the most pressing questions of our time: what causes mental illness, and how can we treat it effectively?

In this post, we’ll summarize the most recent findings and weigh in based on our experience in treating individuals with dual diagnosis (defined as a substance addiction coupled with a mental health issue).

First, let’s talk briefly about how our genes work, and what impacts our genetic code. Genes are tremendously powerful; they direct the actions of your cells by scripting protein production.

That said, there’s a popular misapprehension that genes are fixed, utterly immutable. But research demonstrates that gene expression is influenced by environment.

As Belle Boggs writes in her book The Art of Waiting:

"New research shows that we are natured by our nurture …. We usually conceptualize genes as architects drawing blueprints. Instead ... think of genes as trucks pulling up to a loading dock, full of materials and waiting for instructions from lived experience.”

Boggs goes on to note that for example, a fruit fly has a specific number of bristles genetically coded into its makeup, but the surrounding water temperature has the power to change that number during the pupal stage of the fly’s development. 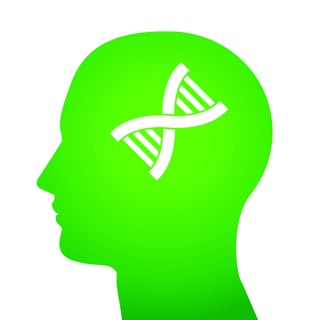 We’re just now entering an era in which we have the technology to examine the physical manifestations of psychiatric conditions in humans.

One reason why it has been challenging to study schizophrenia in times past is because this condition only affects humans; there’s no analogous manifestation in animals, which limits research opportunities.

But thanks to modern advancements such as the Human Genome Project, researchers can dig for the genetic roots of mental illness by examining the connections between different cases in humans.

Can you Inherit Mental Health Problems?

One helpful piece of the puzzle is that schizophrenia and other psychoses tend to run in families. (Put in scientific terms, schizophrenia has a strong heritability aspect.)

Scientists are looking at the human genome for clues, conducting genome-wide association studies in order to figure out the origins and risk factors for serious mental health conditions.

That said, this is an incredibly complicated project because of the vast number of variables involved. There are many possible genetic variations, many paths by which people can develop a given disorder.

“The hereditary component of [schizophrenia] may be a product of tens to hundreds of ‘genetic nudges,’ variations that don’t cause disease by themselves, but together make people vulnerable to illness.”

As such, the goal of genetic research is not to create highly individualized treatment, but rather to understand the roots of a given disorder to such an extent that scientists can then create a single treatment that will work for everyone with the condition.

According to the NIMH (National Institutes of Mental Health) researchers, people with disorders traditionally thought to be distinct – autism, ADHD, bipolar disorder, major depression and schizophrenia – are more likely to have suspect genetic variation at the same four chromosomal sites.

These include risk versions of two genes that regulate the flow of calcium into cells (CACNB2 and CACNA1C). Illness-linked variation for all five disorders was also discovered in certain regions of chromosomes 3 and 10. 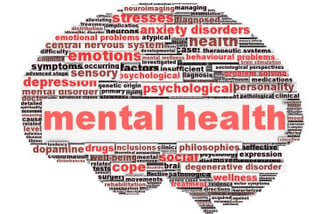 More research is necessary, but recent findings seem to suggest that yes, you can inherit mental health problems.

As a residential dual diagnosis treatment program, we support people who struggle with a mental health condition and a concurrent substance abuse issue. We also welcome Participants who don’t abuse substances, but have a mental health issue significant enough to impede their daily life functioning.

Having helped hundreds of people heal and recover, here’s what we’ve learned: so many of us are dealing with the same underlying core issues. So many people struggle with depression, anxiety, trauma, loss, and hopelessness.

The truth is, we all have some degree of vulnerability for developing a mental illness.

“There is no simple dividing line between people who have a psychiatric illness and those who don’t.”

In fact, our founder Joe Koelzer frequently quotes a statistic that says that 50% of us will experience a mental illness - be it depression, anxiety, bipolar disorder, or schizophrenia - in our lifetime.

So if you or someone you love needs treatment for a significant mental health concern, there is no shame in that!

When you’re ready to address your issues and do the work of healing, we’re here to support you.

Each month, we lead small groups of 10 people through an uninterrupted, immersive, 28-day curriculum-based Program on the beautiful San Juan Island in the Puget Sound of Washington State.