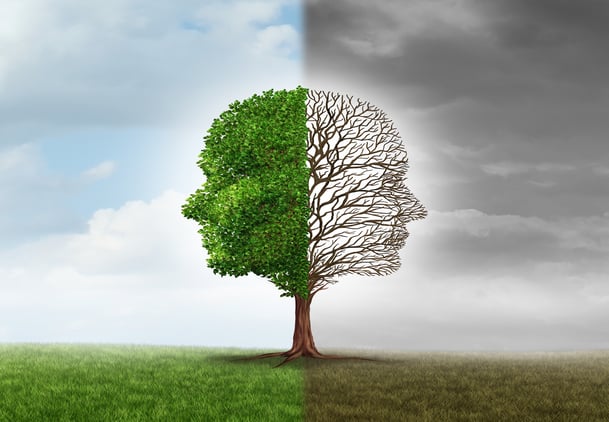 How Bipolar Disorder and Addiction Go Together

Q: Why is the bipolar disorder label problematic?

A: Bipolar disorder is a very quick diagnosis that gets set out in the medical community today. Often we find people that have depression and they get labeled as bipolar … despite the fact that they don’t actually meet the diagnostic criteria for bipolar disorder.

For example, I'll talk to somebody and they'll say, "I'm bipolar."

And I’ll say, "Okay, tell me about your manic episodes."

And they might say, "I don't have any manic episodes."

And I’ll think, "Huh, then you're not bipolar."

Q: What are some of the conditions that might cause someone to mistakenly be diagnosed with bipolar disorder? 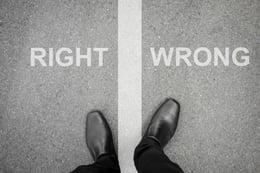 A: On the mental level, I may be somebody who is really rigid in my right-wrong thinking. For me it's black or it's white, there is no gray.

That can present itself as bipolar disorder characteristic because it's got this strong charge behind it.

However, it’s just a rigid mental belief system, or a rigid moral code.

At the emotional level, I may have gone through some trauma and really be struggling. That inner conflict can certainly make me appear to have a bipolar disorder from an outside perspective, because when I'm down, I'm really down.

Then when I'm not down, I may not be manic - just normal - but the contrast is such that people think I’m bipolar.

Q: How does an addiction confuse the issue of a bipolar disorder diagnosis?

A: Here's the thing. You get all of these diagnoses: depression, bipolar, PTSD, you name it.

If these diagnoses are being done while somebody is an active addiction, you have no idea what is actually going on for them until you get them clean and sober.

That said, I understand it can sometimes be challenging for mental health professionals. They're supposed to do something immediately to try to help the person, and to do that they often need to settle on a diagnosis.

At The Clearing, we hold off on labels until we can see our Participants clean and sober and using their recovery tools for a couple of weeks. Then we can look at them and say, "What support do you need?"

Interestingly enough, there have only been a handful of people to whom we've said, "You know what, I think you may need some bipolar meds. It might actually help with your life."

If they truly would be helped with some meds, then by all means we want to do that.

That said, we've had a ton of people come through that believed they had bipolar disorder and they just did not. It's more rare to see someone who actually might have the brain chemical imbalance, vs. people who've had that label just put on them.

We often see people that have mental and emotional issues causing a lot of upset in their lives, and that's not brain chemistry.

That's just upset. And when they heal those issues, the upset decreases dramatically.

Q: What are some of the most difficult aspects of living with bipolar disorder? 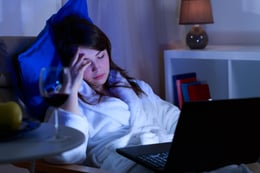 A: It's a real struggle to deal with the depression side of bipolar disorder. I'm ruminating on the same things over and over and I have feelings of despair, of unworthiness.

I think that I'm broken, that I'm flawed, that there's something wrong with me. And when I don’t have any tools with which to heal that stuff, I'm probably going to use and become an addict.

Interestingly enough, I don't hear that same experience on the manic side.

I don't hear people saying, "Man, I hate my mania, when I'm really alive." It's not the mania that's unsettling, it's the depression and the crash that follows.

Q: Are there specific techniques or strategies for people who have a dual diagnosis of bipolar disorder and addiction?

We're using RET with a spiritual twist - we're including compassionate self-forgiveness, and that's happening at the authentic self level.

At the emotional level, using Gestalt and Developmental Psychology to work with the emotional parts inside that went through a trauma is really helpful.

We work with giving those feelings a voice so that we can trace them back and heal the stuff that's behind them.

Q: Is addressing trauma an important part of recovery for someone with bipolar disorder?

A: Absolutely. We want to deal with those younger parts inside that went through that trauma. We can heal those parts.

Think of it this way. We actually have an emotional aspect of ourselves that stopped growing at the point of that trauma. So whenever something comes up that reminds us of that trauma, that part becomes in charge emotionally. 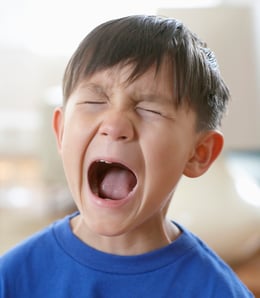 We've all looked at this guy and said, "Man, that guy's acting like an eight year old." See, he really is eight years old emotionally. At that particular point, he's reacting with all of the skills and abilities of a little eight year old.

The way out of that is for him to re-parent that part inside, to give that part what it needs to feel safe and loved. That way, it can grow up and become part of the whole.

When we're acting out emotionally, we're feeling things from when we were younger. So we have to give time and energy to taking care of the emotional part inside that is trapped in that space and needs some more attention.

This is one of the principles of Spiritual Psychology: healing is applying love to the parts inside that hurt.

We all have this impression that at some magical age we became adults, and whatever happened to us as children doesn't matter any more.

There is no magical date where that trauma doesn't matter any more.

Q: Could you say a bit more about how trauma can be healed for a positive purpose?

A: If I work with a traumatized part, I will find that it has a loving, positive purpose. It’s trying to help me in some way. It came into existence for a particular reason.

It may have outlived its usefulness, so we'll assign it a new job once we understand it. It always has a loving, positive purpose, because there's not a part inside of us that's bad.

For example, take the part of me that is an addict, my addiction aspect. This has an incredibly positive purpose:

It's just outlived its usefulness in that role. Yet it has these amazing strengths. It's creative, because it will get me my drugs no matter what. It's resilient, because it will pick me up and take care of me. It's got this amazing power.


What we want to do is to take that positive purpose and all of its strengths and assign it a new job to support me on my new path.

Maybe it'll come out as willpower, or as my protecting awareness. It's a superstar aspect, but we weren't holding it that way. We thought it was weak, dark, and nasty, and it's just not.

Plus, we’re made up of dozens of emotional parts.

A part of us is this way, but we’re not this way. It's not the whole of us, it's a part of us. And that part still has a loving, positive purpose. When we get a little bit more emotional distance, we can see that we’re not completely identified with just this one thing.

We have lots of different parts, and even the addiction part can serve a positive purpose going forward if we frame it and work it correctly.