The Critic, The Rebel, & The Addict: Tame Your Negative Inner Voices 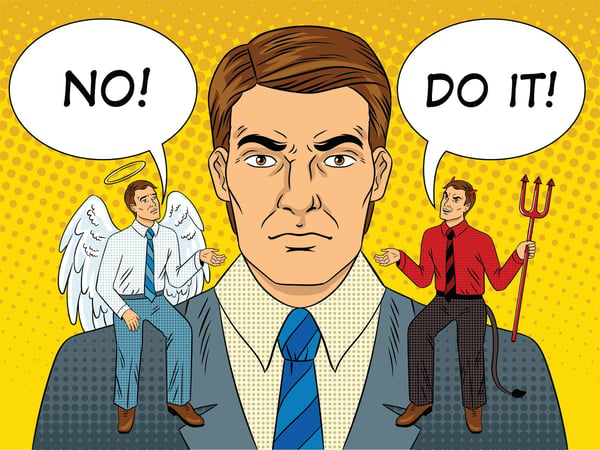 Most of us are familiar with the image of the “shoulder angel” and “shoulder devil” each competing for our will. Each whispers in one ear....”that piece of cake looks delicious, you deserve to eat it!”...“Don’t do it, you’ll regret it later!”

But where do they come from, and what’s their function?

In psychological terms we refer to these as emotional aspects, and we all have them working within us, whispering in our ear, so to speak.

Let's start by looking at two different types of emotional aspects that we need to work with.

Traumatized Aspects Can Lead to Addiction

The first one is what we refer to as traumatized aspects, which are parts of ourselves that went through a traumatic experience.

And the important thing about trauma is it's just traumatic to me, that's all that matters. It doesn't have to meet a third party definition of trauma. It doesn't even actually matter if the trauma happened the way I remember it. What matters is how I’m holding the event.

We all experience our own traumas, and we all process them differently.

Those with unresolved trauma carry around different traumatized parts and different aspects, and each time they are in a situation like one of those first times, then that traumatized aspect is emotionally in charge. And what we know is that that aspect is guided by the experience and abilities of the age in which the trauma happened.

So when you have that experience with someone where you think, "he’s acting like an eight year old,” he really is eight years old, because that's the age of the emotional aspect that’s in charge right now.

The good news is that we can work with traumatized aspects. Trauma informed care is becoming more mainstream as we learn more about how various kinds of trauma impact growth and development, as well as addiction and mental health.

What are Shadow Aspects?

We all have potentially hundreds of aspects, all of which came into existence for a loving, positive purpose but are now doing a job that is no longer needed, or needs to be done differently.

Essentially, they are positive aspects that have gone rogue.

Here are a few common ones. 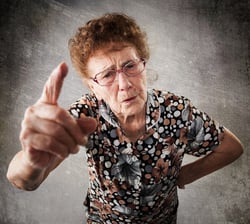 One classic emotional aspect archetype is the inner critic.

The Critic puts us down and reminds us of all our faults. You might be familiar with some of the inner Critic’s refrains:

“You don’t have what it takes.”

In almost all cases the result is fear, indecision, inaction, or a combination thereof. 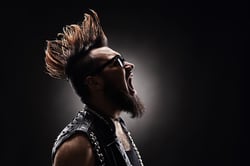 Another emotional aspect is the inner rebel.

This is the aspect that often develops around things happeing that just feel unfair, and so I begin to fight back against those things.

It's the emotional part that takes action against things and seeks to do what is forbidden because (by god) I will not be controlled!

Developmentally speaking, the Rebel gets created when a person is very young as a way to protect our fragile Ego. If we can’t trust the people who are close to us, using the reasoning at that developmental stage, we decide to negate everything they tell us to do.

This black and white thinking leaves no ground for discernment. As the attitude progresses into adulthood, it can lead to relationship, school, and work problems.

Another negative emotional aspect is the Addict.

The Addict is an emotional aspect that centers around shame and hopelessness, and forms over time with repeated loss of self control. The Addict sounds like this:

Often, the Addict develops later with the help of the Critic and the Rebel.

Sometimes a person’s well-intentioned efforts to recover actually feed the addictive cycle by playing into the hands of these inner saboteurs.

When the 12 Steps Colludes with our Shadow Aspects

The 12 Steps have undoubtedly helped many. But overall success rates are reported at less then 10% (Dodes, 2014). One reason may be that an increasing number of people suffering from alcohol or drug addiction are dealing with underlying mental and emotional issues, which are not addressed in traditional 12 step programs.

12 step programs teach the mantra, “I’m powerless,” and that people who continue to fail are “constitutionally incapable” of being honest with themselves.

For some who struggle with self-will and dishonesty, these tenants may be a helpful first step toward gaining the willingness and humility necessary to accept help. But for those who dealing with underlying mental and emotional issues, they may act more as limiting beliefs that impede progress.

What we need instead are positive affirmations that empower healing.

How do we deal with these negative inner voices?

It may sound counterintuitive, but the answer is to friend them, rather than avoid or fight them.

Arguing with these negative voices will continually lead to internal discontent, while creating a working internal relationship breeds acceptance, cooperation, and the prospect of a new job description.

Denying them denies a valuable part of ourselves.

The Positive Purpose of Negative Aspects

Our emotional aspects were created for a reason, mostly to cope with difficult situations in early childhood.

The Critic, The Rebel, The Addict and others have helped us in many ways throughout our life.

When we start working with these aspects, we say, "Hey, let's take a look at this aspect. Let's give it a voice. Let's find out where it came from. Let's find out what it's loving, positive purpose was when it came into existence."

Awareness of the underlying positive purpose starts to look like this: "Oh look, it's positive purpose is to keep me from feeling embarrassed, to help me not do something silly," something along those lines. And what's wrong with that?

The next thing we do is ask that aspect, what are its strengths, what is it good at? And that sounds like, "Well, I'm really good at knowing what to do in social situations."

Okay, great. Now that I know its positive purpose, and I know its strength, I can give it a new job that helps me going forward.

So here I might say, "Hey, I still want you to help me know what to say and what not to say in social situations, but I want you to do it in a loving way," not in that screaming bully voice. It could be a very subtle shift from, "Hey, think about that," instead of, "Don't do that you moron!"

The result is a completely different experience inside that is helpful rather than berating. 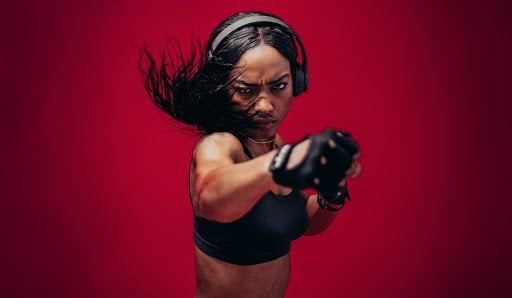 Another positive purpose of the inner critic is to provide motivation for excellence.

Nobody likes to feel failure, but if a person can have a positive response to failure, they can grow. In fact, it might be the only way to grow.

I remember early in my career I had an opportunity to participate in the production of a TV commercial. It was a big deal for me at the time. And I forgot to show up. I felt like a total loser. That experience was the catalyst for me learning to use a PDA and be more disciplined with calendar and time management. Eventually I re-framed the my inner critic voice from, “you’re an irresponsible airhead,” to, “you’re a great big picture problem solver, but challenged on remembering details...you better write that down”. One condemning, the other helpful and productive.

And we can go through the same process with any internal aspect that has taken a wrong turn.

For example, what’s the positive purpose of the Rebel?

Rebels don’t take no for an answer. They won’t be detered by setbacks.

And what about the Addict?

People tend to think of addicts as having a lack of will power.

But the truth is, the addict aspect is extremely tenacious about getting what it wants, when it wants it. Remember, these aspects have a positive underlying purpose that has gone awry.

The Addict is like a super power aspect. Its positive purpose was to keep me safe, protect my self esteem, avoid sadness, get me through a dark time in my life...all kinds of things.

At some point the addict learned to address emotional upset by numbing out with alcohol or drugs or food or sex or whatever. It was the only way it knew how to do it at the time.

But we can retrain that aspect to acknowledge the pain and provide self-forgiveness and self-love instead.

Give Your Shadow Aspects a New Job

Sometimes we aren’t even aware of how our shadow aspects impact our thinking and emotional health.

Spend time in meditation. Reflect on why you feel any negative emotions and work on “interviewing” those emotions. When did they arise? What is behind them? What is the fear or false belief that is fueling them?

Once you understand the positive underlying purpose of the inner critic, the inner rebel, and the inner addict, you can put them through an internal job retraining program.

Imagine the results when all your mental and emotional energy is working harmoniously toward self love!

Learn more about the foundations that often trigger addiction and how to deal with them by downloading our free eBook, Underlying Core Issues. 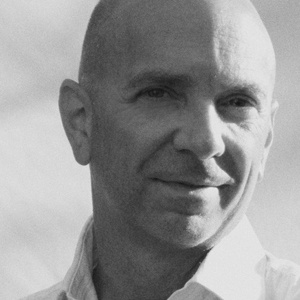