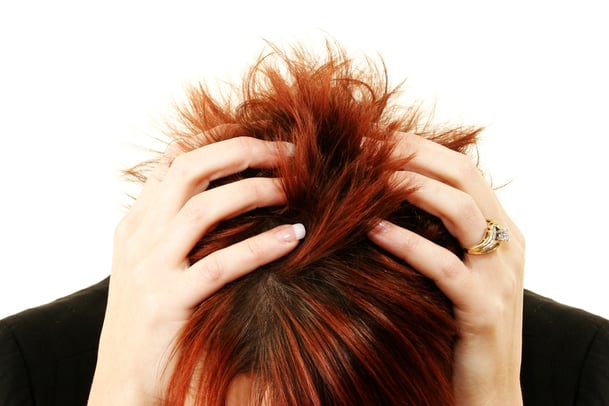 One of the most pervasive myths about mental and emotional trauma is that it is only “allowed” in the wake of major abuse or violence.

While physical and sexual abuse are certainly traumatic - and frighteningly common - they’re not the only requirements for trauma.

The colloquial psychological definition of trauma is“something that was shocking to you.” In other words, it’s completely subjective.

By this definition, most of us have some degree of trauma simply by virtue of being alive in this world. Even those of us who had loving families and great childhoods have trauma.

When Childhood Trauma Leads to Addiction

The link between trauma and addiction is a strong one, as evinced by our recent interview with journalist, author, and recovering alcoholic Neil Steinberg.

Recently we spoke with Steinberg about his newest book, Out of the Wreck I Rise, A Literary Companion to Recovery.

The book is a collection of short essays and quotes about sobriety by writers, artists, and creatives with addiction throughout the ages.

In this video excerpt, Steinberg recounts his experience with social isolation and anxiety, both of which were core issues that fed into his drinking and alcohol addiction. He chronicled his addiction story in his 2010 memoir, Drunkard: A Hard-Drinking Life.

From Misfit to Alcoholic

Neil Steinberg: What happened to me was I always liked to drink, from when I was a junior counselor, 16 years old, at Camp Wise. I was a bowl haircut chubby guy, a kid from Ohio, an intellectual.

I didn't fit in anywhere. I was anxious, and drinking just made everything okay.

How Can You Tell if You’re An Alcoholic?

Neil Steinberg: [Drinking] was what I wanted to do. It's funny, how I knew I was an alcoholic.

There's a great poem from Rilke where [he says] you grab for it and it grabs you back and won't let go, which is exactly what [addiction] is.

I knew I was an alcoholic. I was drinking a half a fifth a day, and 2005 was the year when this all came to a head.

I went to New Orleans; we'd stuck the family in Hotel Monteleone. I go for a walk, which is across the street to the closest bar, which happened to be one of those “Girls, Girls, Girls” in neon-type joint bars.

I order my Jack Daniels on the rocks and I'm drinking it and a woman in a teddy comes over and starts to introduce herself. And I remember going,

"Save your breath, honey, I'm an alcoholic. I'm just here for the booze."

I knew I was [an alcoholic], because I was drinking, but there was no choice. It wasn't like I was going to stop.

In The Clutches of Active Addiction 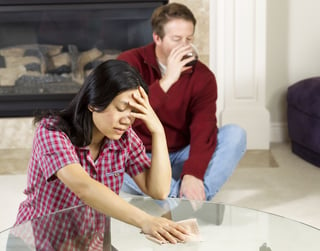 Neil Steinberg: ...that was crazy, because the addiction has you so strongly that the idea of giving it up, that's just insane.

What happened was, I had an argument with my wife. She felt threatened, she grabbed the phone to call the police, I knocked the phone away. Then the police came and took me to jail.

The judge said, "Well, you can go through rehab in Cook County Jail, or you can go out and go to The Chapman Center at Highland Park Hospital."

I said, "I'll go to The Chapman Center, thank you,"

Booze Triumphant … Or Not?

Neil Steinberg: [At rehab] I was really filled with ego but being a journalist saved me, because I thought, "I'm here. I've got to experience this."

When I started Drunkard, the working title was Booze Triumphant. I assumed it was going to be the first recovery memoir where I went back to drinking at the end. I was going to end with me with a glass of Jack Daniels, flipping off the reader.

Only halfway through the book … my wife goes to California for a week, and I figured, great, a week of drinking.

Then five days into it, I figure, okay, now here's where I stop because she's coming back, and I couldn't stop.

I remember opening my eyes in the morning, thinking, I must be some sort of alcoholic if my eyes slide open and I'm thinking about drinking.

"I Must Be Some Sort of Alcoholic"

Neil Steinberg: That, to me, was sort of my moment of terror where … I realized that this was a real problem.

This wasn't something my wife was doing to me. This was something where I couldn't just have one drink … it’s all I could think about.

I remember opening my eyes in the morning, thinking, I must be some sort of alcoholic if my eyes slide open and I'm thinking about drinking.

That's the part I hate.

My Struggle to Stay Sober

Neil Steinberg: People reading Drunkard have said that it made them want to drink. I love it. It's a wonderful thing. Okay? What I hate, and the reason I don't drink, is that I don't want to think about it all the time. I don't want it to be the central story of my life.

I have two boys, 19 and 21. If one said to me, "Dad, drinking's the most important thing in the world, and it's really the one thing I find significant,"

I don't want to do that. So, all of this has been part of my struggle to try to stay sober.

Neil Steinberg: "Traumatic events shape us emotionally, and sometimes they precipitate addiction. There’s no shame in that, and no shame in seeking help to get well."

For more reading on our view of trauma and addiction, we recommend our FREE eBook: