3 Common Struggles for People with PTSD 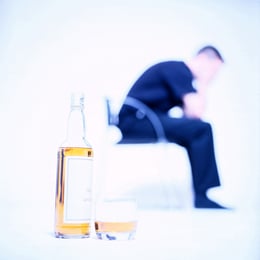 Did you know that living with PTSD is something often discussed yet little understood? It might be used as a joke to describe a person’s reaction to seeing their grandma in a bikini. However, PTSD is not a joke, it is not lighthearted, and it is not funny.

PTSD is a very real mental disorder with a range of symptoms that impede a person’s ability to live a normal life. Between flashbacks, predisposition to addiction, depression, and an increased risk of suicide, people with PTSD find themselves struggling with everyday tasks.

To help you gain a better understanding of PTSD, we have listed just a few of the challenges people with the disorder face on a daily basis.

PTSD Struggle #1: A Fear of Being in Public

Social isolation is a common problem in people with PTSD. The fear of being in public causes the individual to sequester themselves in their home, which contributes to depression, addiction, and an increased risk of suicide.

People with PTSD fear public outings because they are less predictable and carry a greater risk of triggering flashbacks. People with PTSD also worry about being in public and possibly being violent against nearby people if they suffer an intense flashback while away from home.

On the other hand, the home is more manageable for people with PTSD because they are better able to prevent triggers from occurring within the home.

The fear of being in public sometimes is remedied with PTSD service dogs. Service dogs are able to keep the crowd at bay in the event of a flashback, they can lead their handler to the nearest exit to avoid a potential trigger or simply get the handler out of the public eye, and they can help bring the handler back to reality.

People with PTSD have a much higher rate of succumbing to addiction. This is predominantly the result of self-medication. Self-medication occurs when PTSD is left untreated and the individual takes it upon himself to find a way to feel better.

Mostly, this means alcoholism. Alcohol muddles the thoughts, making memories of the trauma harder to grasp and depressive thoughts less clear. While this tactic can make the PTSD less pronounced for a few hours, it ultimately will exacerbate the symptoms. As such, people with PTSD must be treated as soon as possible. If the flashbacks are not addressed quickly and appropriately, they only will grow worse. 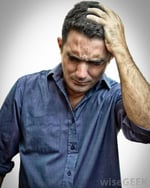 Short term memory loss is a fairly common symptom of PTSD. The person may be unable to recall hours of his day. He may forget whom he talked to, whom he met, or what he learned over the course of the day.

Memory gaps can be particularly stressful for students who may fail to remember an entire class period. For adults, PTSD-related memory loss can make employment difficult as they forget how to do their jobs or are unable to learn the new skills needed to work.

Living with PTSD can be extremely difficult.

Memory loss inhibits employment opportunities, the fear of being in public leads to social isolation, and many people with PTSD will face addiction at some point in their lives.

If you are a loved one of someone with PTSD, it is important that you understand the difficulties he faces and remain supportive. The first step is to ensure that your loved one is receiving treatment.

From there, you can help him in his journey to overcome his symptoms and live a healthy, happy, and productive life.

Adam Cook has a strong understanding of the devastation that can be caused by addiction. He recently lost a close friend to an addiction-related suicide. In an effort to better educate himself and to help others, he created AddictionHub.org, a site that provides addiction and mental health resources. When he isn’t working or adding to his website, he’s prepping for his first triathlon.